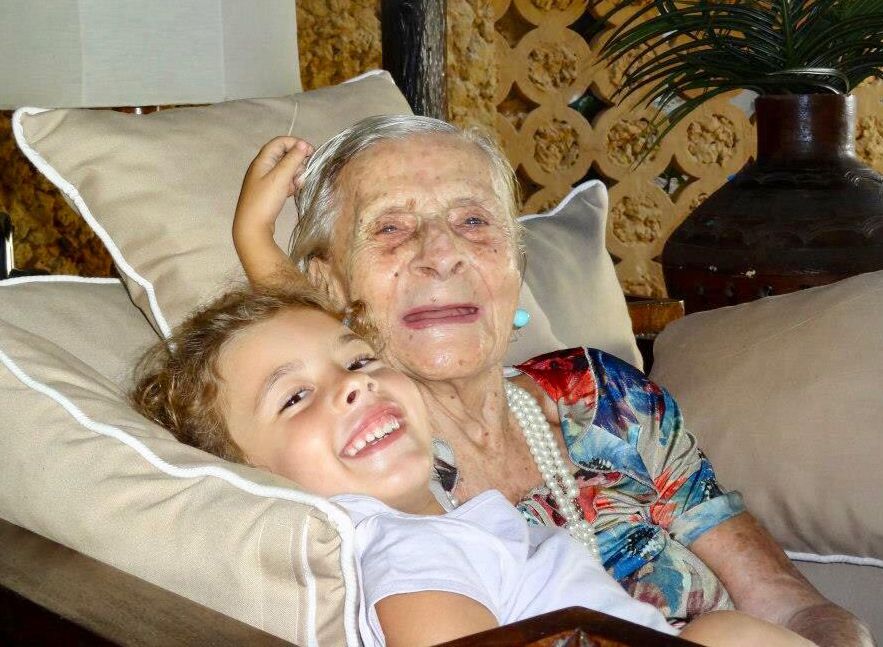 Sixty years of sub-Saharan Africa, 41 of which were spent in Kenya, in Malindi, where her husband Renato is buried, the first Italian among the many who rest at the "Makaburini" of Mwembe Road.
Natalina Reggiani died peacefully during the weekend at her home in the Marine Park, right in front of the Billionaire, at 97 years of age.
But Briatore's famous restaurant was not there when she and her husband arrived in Malindi in 1978 from Somalia and decided to settle down.
Since then Natalina has definitely embraced Kenya as her homeland and in her long life she has always passed on to everyone her unconditional love for this land. Heaven finally listened to her will, to leave this world here, where it had taken root.
The date of the funeral will soon be announced, meanwhile malindikenya.net offers its deepest condolences to his grandchildren and great-grandchildren Alberto, Patrizia, Valentina and Cassandra (shown with her in the photo).