Hope, the kenian who makes roofs from recycle

An environmental researcher turned a clean passion into business 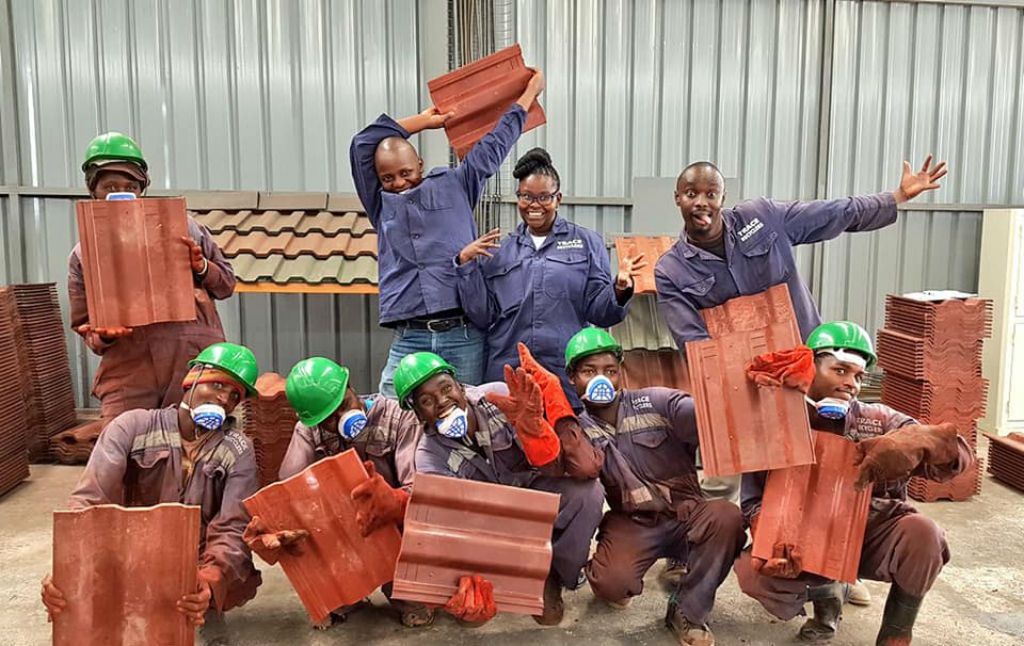 Her name is Hope and she is a Kenyan environmental researcher. She studied in Stockholm and decided to return to her homeland to make what she believes in and for which she has built a professionalism into reality.
Hope Mwanake particularly cares about the reckless growth of pollution in her country and began her career as a waste collection manager in her hometown of Gilgil, a couple of hours drive from Nairobi.
Here the researcher realized firsthand the mountains of plastic, bottles and jerry cans discarded by residents, hotels, shops and schools: "We were simply throwing all the plastic in the landfill. It didn't make sense," she said in an interview with the Reuters agency, "I was convinced there had to be a better way to dispose of all that plastic. So, after studies and meetings, we came to create added value for the market.
that would also help reduce all this plastic in the environment."
Together with her business partner and fellow environmental scientist Kevin Mureithi, Hope Mwanake founded "Eco Block and Tiles".
It is the first company in Kenya to produce tiles and other building materials from plastic and glass waste.
Plastic tiles are more durable, lighter and easier to transport and install than concrete or clay tiles. They are also safer for rainwater collection and cost about the same amount of money.
Thanks to word of mouth, promotions in hardware stores and social media posts, the startup has attracted dozens of homeowners and small businesses over the past year.
The company also won support from the Kenyan government, which is promoting the use of greener sustainable materials as part of efforts to reduce carbon emissions generated by the East African nation's construction industry.
"With population growth, the expansion of the urban fabric, the commitment to provide affordable housing in Kenya and the construction of carbon-neutral buildings by 2050, these products have a potential market," said Kenya's National Construction Authority (NCA).
Pollution is also a concern, so re-proposing plastics for construction is a "win-win", the NCA added in a statement.
One million plastic bottles are bought every minute globally, the UN said.
Nearly a third of plastic packaging escapes waste collection systems, and at least eight million tonnes of plastic are dispersed into the oceans each year, choking off cliffs and threatening marine life.
According to the United Nations, plastics also enter water reserves and the food chain, where they could harm people in the long term.
A global battle is being prepared - Kenya has banned plastic bags and other countries are targeting straws or styrofoam - but environmentalists say more changes are needed.
With the production of over three million tonnes of waste per year - only eight percent of which is recycled - business scientists Mwanake and Mureithi felt something had to be done.
"We examined the properties of plastic and glass, and then literally cooked empty jars and jars into a large pot and mixed the molten polymer with the crushed sand from the glass waste," Hope revealed.
"It looked like some kind of porridge, but once we put it in moulds and cooled it, we found we had a very strong and durable product".
Since the two founded the company, they have also used a crowdfunding platform and obtained grants from British and Dutch organisations.
The commercial production of the eco-tiles started in 2018.
Each tile is priced at 850 Kenyan shillings ($8.50), equivalent to the price of cement or clay tiles.
An average three-bed house requires 1,000 to 2,000 tiles.
The company employs four permanent employees and supports dozens of community waste collectors by purchasing their raw material - plastic and glass waste thrown away by Gilgil residents.
So far, they have processed more than 56 tonnes of plastic waste into 75,000 roof tiles for 30 homes and businesses.
Eco-textiles are also helping Kenya's thriving construction industry to reduce carbon dioxide emissions by providing greener and more sustainable alternatives to cement.