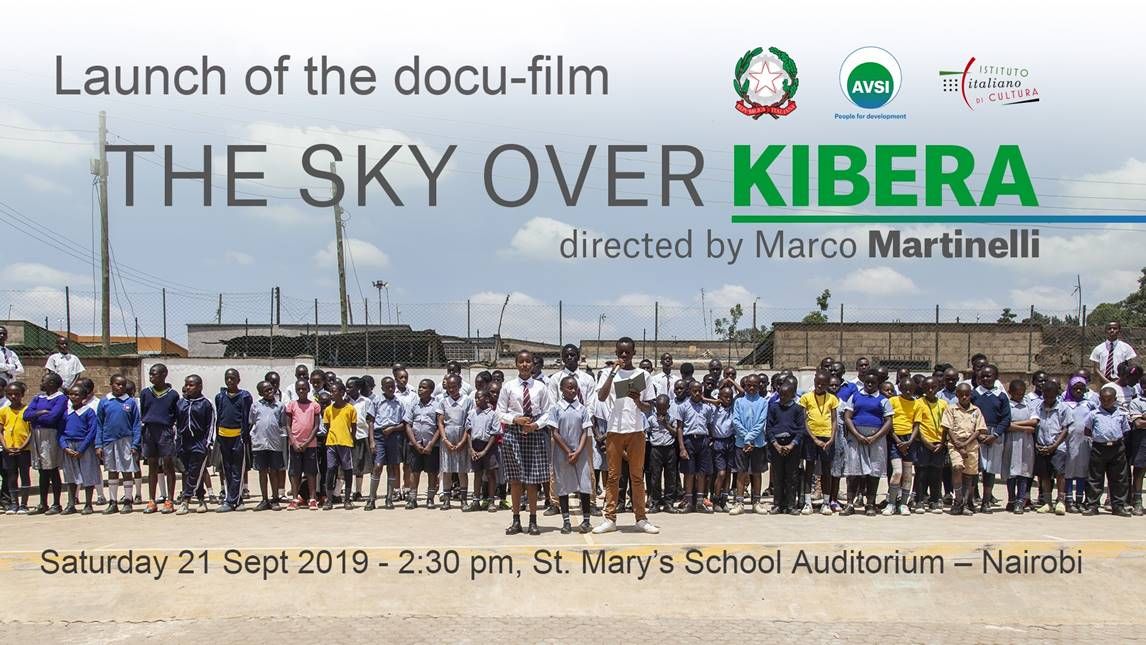 A unique docu-film on Dante presented by the students of selected schools in one of the largest African slums will be launch saturday 21st september at 2.30 PM at Saint Mary School (James Gichuru Road, next to Strathmore).
A project, designed by Marco Martinelli, founder of the Teatro delle Albe, promoted by Avsi Foundation and Italian Institute Culture of Nairobi. The docu-film was shot during a three-day play directed by Marco Martinelli. The play is inspired by an important Italian epic poem ‘La Divina Commedia’ highlighting the story of Dante’s journey to Paradise, passing through Hell and Purgatory.
The play involved 150 students from Avsi Partner schools in Card. Otunga Secondary, Urafiki Carovana Primary, Ushirika Children’s Centre and Little Prince Primary, who immersed themselves in the play by exploring the themes of Dante’s journey and contextualizing them to Nairobi’s reality.
In October 2018, in Kibera, the big slum in the heart of Nairobi, the unthinkable happened: 150 students staged an adaptation of the Divine Comedy under the guidance of Marco Martinelli, assisted by Laura Redaelli. Hell, Purgatory and Paradise made a path that concluded with a Parade in the heart of Kibera.
The project of making the theatre a central experience in the educational paths of these schools of the slum, dates back to a few years ago: many teachers had pointed out how the theatre is a factor of great attractiveness for the students. Thanks to the theatre, the rate of absenteeism from school dropped dramatically; theatre becomes a tool to address other subjects in the school programme. Since then, thanks to the commitment of AVSI, that has been present in Kibera for a long time with many projects (in particular on education, training and job placement) the investment in the theatre has gradually grown. An equipped theatre hall has been set up in the Little Prince School.
In 2015, “Pinocchio”, staged with the children of Little Prince School, had the recognition of the Best International Show of the year by the Carlo Collodi Foundation. "Theatre is a way of educating. With the theatrical experience, the teenagers change, become the protagonists, and their way of interacting in the classroom is different”, explains Anthony Maina, Principal of the Little Prince school.
The experience of Little Prince has been contagious and in a short time other schools have become involved in the project, being able to take advantage of the theatre that was dedicated to Emanuele Banterle. He was always attentive to promoting the social and widespread value of making theatre and is the founder of ‘Teatro de Gli Incamminati’, an Italian theatre company, that has been promoting the fundraising campaign to equip the theatre of the Little Prince.
“During the culmination of the play Sky over Kibera,” says Aberto Pieri, the Ambassador of Italy in Kenya, “I was amazed that in the heart of Kibera, where there are these social injustices, poor settlement and poor drainage, I could see beauty in the way the children wanted to be involved in a dignified life. I was moved, so with the Italian Cultural institute, I decided to promote the development of the film. It is awesome that the play of our greatest Italian poet – Dante Alighieri – is sending a message that is universal and could be contextualized in any culture. I was struck that this poem starts from the forest, yet the actual meaning of Kibera is forest.
“The work on the Divine Comedy has confirmed to us how the narrative archetype is universal", explained Martinelli. "We talked about a man who gets lost in a dark forest, full of fear and despair with lack of meaning in life. How that man, when he hopes to get out of it, finds himself devoured by wild beasts and has the strength to understand that he will not save himself. This is the cry of Dante: have mercy on me. His invocation to the Creation, to the world, to the Other, has effect: someone arrives and holds out a hand, helps him to come out into the light. Therefore, we simply told this story. We have worked on improvisation, actively involving everyone including teenagers.”
"This attention to the theatre", explains Giampaolo Silvestri, Secretary General of AVSI, "is a fact that corresponds perfectly to what we mean as development cooperation: accompanying people to recognize their value, to take seriously their own desires and dreams, to express themselves, even with the theatre that has its extraordinary strength. Hence, when a person starts and grows, he/she can no longer be defined by the conditions, even the poorest ones, and manages  to get him/herself and his/her community in motion again. In the slum, there is not only the need for bread and work but also a desire for beauty, a knowledge that opens up the gaze and creativity, a condition that is fundamental to any development project. 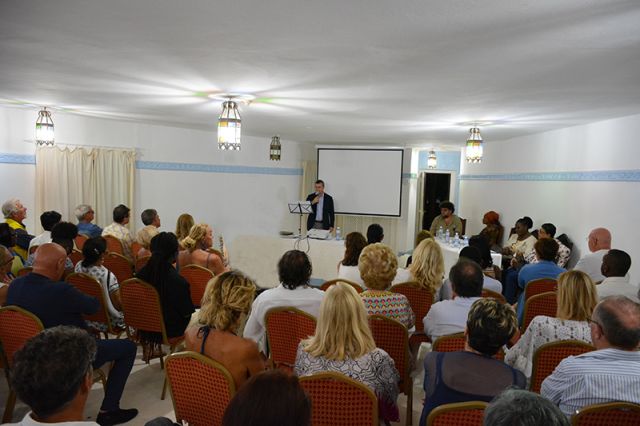 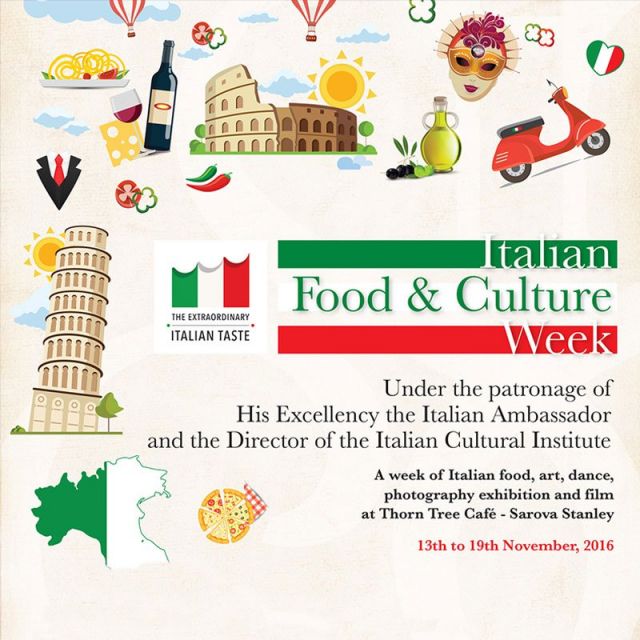 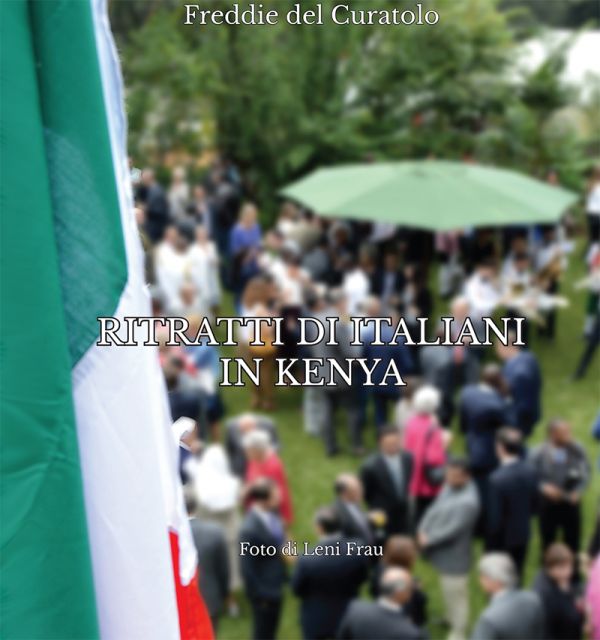 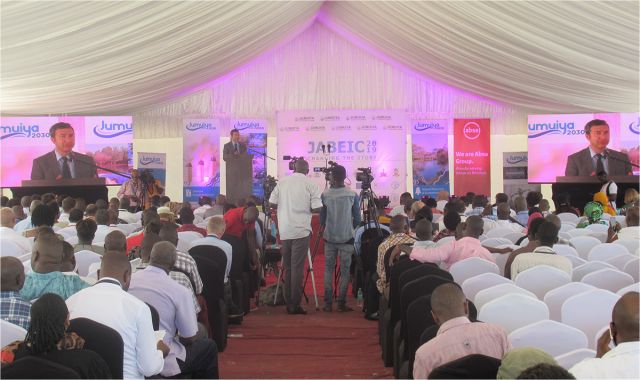