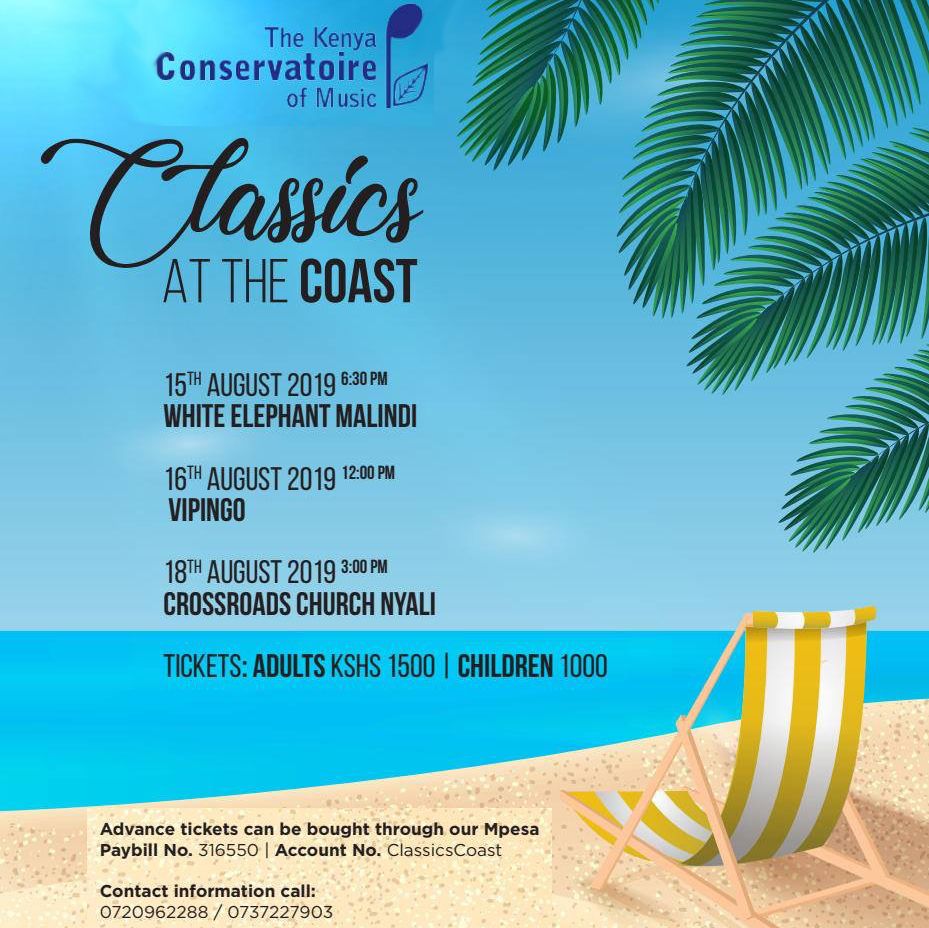 The Orchestra of the Kenya Conservatory of Music in Nairobi lands on the coast even this year for the traditional concerts of August and it does in a large representation, with an ensemble of 44 elements.
Thursday, August 15 will be in Malindi, in the picturesque setting of the White Elephant, at 6:30 pm for a concert that despite the name "Classic at the Coast" will range from classic to modern, rereading jazz scores, soundtracks and even delving into American soul, between the Ain't no mpuntain high enough by Ashford & Simpson brought to success by Marvin Gaye and later also resumed by Diana Ross, Michael Buble, passing through Chick Corea and the soundtracks of western films.
The Orchestra of the Kenyan Conservatory will be the next day, Friday 16 at 12 noon in Vipingo and Saturday 17 at 15.30 at Crossroad Church in Nyali. Tickets can only be purchased at the entrance, but seats will be occupied according to the order of arrival of the spectators.

Concert of The Nairobi Conservatoire in Malindi 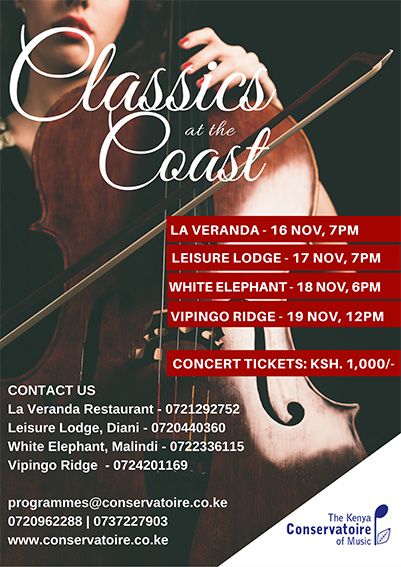 The Nairobi Conservatoire of Music will be back in Malindi next friday 18th with all his musicians.
The Concert will be held at White Elephant Art & Creativity Lodge on Friday 18th November, starting at 6.00pm, this we feel is the...