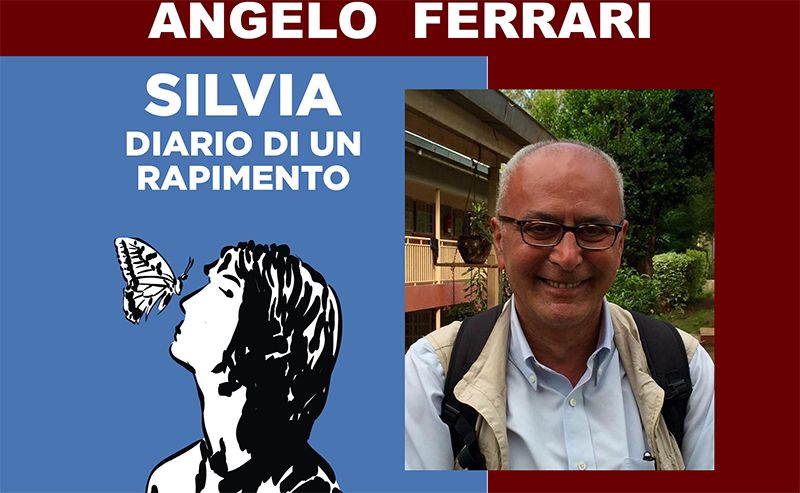 A true expert of Africa, a professional journalist who, in addition to dealing with the Black Continent on a daily basis by directing the "Africa desk" of the Italian Press Agency, has shot it far and wide for thirty years, studied it in depth, and immersed himself in it not only as a diviner in search of true, deep, incontrovertible news and reliable sources, but also as a socio-cultural analyst and lay missionary. We are talking about Angelo Ferrari, who this afternoon at 6.30 p.m. will be at Osteria Town to talk about Silvia Romano, her story and the mysteries she carries with her, not only through the excursus suggested by the book she wrote and presents, "Silvia. Diary of a kidnapping" but also to help us understand silences and facts that have not yet led to her release.
Ferrari will also talk to me, who, like him, I'm celebrating thirty years of Africa in a few days, because today they're worth more than just a chat made by looking into each other's eyes and a live chat, rather than ten thousand posts on social media or dozens of articles that don't give a damn about journalistic ethics and truth, but follow only "clicks" or even caste interests or something else.
Ferrari has also been Agi's correspondent from Central Africa. For years he has been dealing with issues related to Africa, where he has followed the greatest tragedies of the continent: from the war in Rwanda to that in Somalia, the conflicts in the Democratic Republic of Congo and Sierra Leone. Among his books we remember Hakuna Matata, globalization gallops while Africa dies (2002), Yellow Africa, the Chinese economic invasion of the African continent (2008), The Mists of Congo (2011) and The World of Jordy, the journey of a reporter and a street boy in the heart of Africa (2014).
Appointment at Osteria Town, today at 6.30 pm. Free entrance.