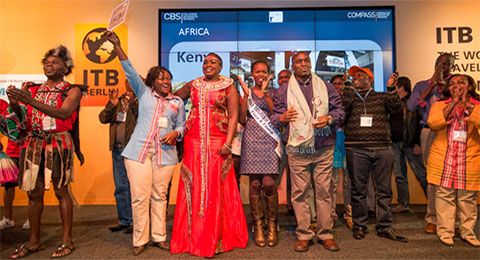 The Kenya Tourist Board and the Kenya Wildlife Service will work from here to the immediate post-election campaign to promote tourism in the unspoiled places of Kenya and the most sought-after tourist destinations.
This is the intent of the Memorandum of Understanding signed by the tops of the two government bodies.
The marketing office of the Ministry of Tourism and Kenya's wildlife and wildlife are now partners in tourist information and reassurance for those who attend savannahs, sea parks and other sites of interest that have never undergone any danger From external agents as may be possible violence in election time.
"We have a lot to safeguard the places frequented by many tourists who want to go to Kenya," said KTB director Betty Radier - not only national parks and reserves, but also beaches. "
The presence of ranger and KTB personnel will not only be synonymous with safety and control for ground and sea fauna, but also support and information for the tourist.
Between January and February this year there was a recurrence of visitors' entries in Kenya, with over 150,000 appearances in two months. It's still hard to get back to ten years ago, before the post-election chaos of 2008, where in the first six months of the year the attendance was 581 thousand.