Malindi-Nairobi on the road: chapter one 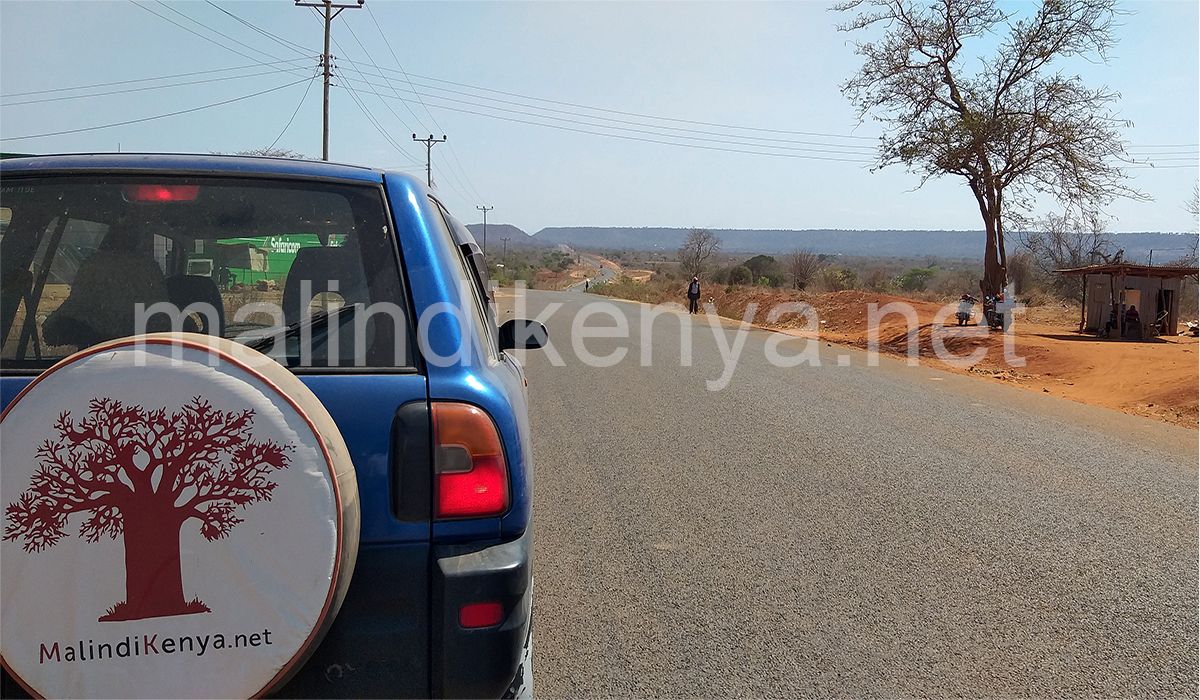 From Malindi to Nairobi, then in a Conservancy of Maasai Mara and back in the car, to promote tourism (especially sustainable tourism) in Kenya and honor the sponsors who host us and to whom we give visibility on the portal of the Italians.
The Toyota Rav4 by Malindikenya.net, twenty years old and well worn with some tricks of the trade, is ready for adventure.
First of all, for those who want to drive to Nairobi from Malindi, the road to avoid as much as possible is the Mombasa-Nairobi.
The so-called "Highway". Only two lanes with a very high density of trucks and buses (the most dangerous).
But we have a plan ... and especially as residents we pay from 2 euros to 5 euros to enter the parks and nature reserves of Kenya. We will try to avoid as much as possible the great route, both on the outward and return.
We leave Malindi early but not so much, so as not to distort our sleeping habits. Here you wake up at dawn only if you are eager to see the sun appear from the Indian Ocean or if you are forced. Otherwise 8.30 a.m. is a more than decent time.
The road to the Gate Hall, the southern entrance to the East Tsavo National Park, has long since been completely paved. Due to the period without tourism and with so many people to save on petrol, the road is practically empty.
We cross just a couple of cars and some motorcycles, no trucks and many women carrying wood or water tanks on their heads, accompanied by their children-children who in this period can not go to school or kindergarten.
Coronavirus perception, totally absent.
We find it, of course, in the rangers of Kenya Wildlife Service.
After an hour and a half, in fact, from Malindi we arrive at the entrance of the Tsavo East National Park.
From here, along a dirt track at times accommodating, at other times uneven, we head towards Manyani Gate, the last possible exit along the Highway.
While we pass quietly (maximum speed allowed, 50 kmh) the locals are watching us or often, rightly so, they don't care. But we stop and we all honor ourselves with a glance and a greeting.
We walk along the banks of the Galana river that still carries water, mindful of the recent rains that were not enough to keep the green grass on its banks. The savannah is arid and the animals move continuously looking for ponds or artificial lakes.
Before arriving at Lugards Fall, past the old mythical Bigi Camp, the scene of many unforgettable safaris, swept away by the fury of the river two years ago, something on the road hits the muffler that remains offended, transforming the Rav4 into a super-modified 1973 Lancia Fulvia. If I open the gas over 30 kmh the lion answers roaring and the gazelles run away.
I stop and go down to check. Behind me there is a big car, that Toyota similar to the Hummer, driven by a businessman from Nairobi who, like us, has chosen to cut the Tsavo to get home. Gentilissimo stops and we look at the damage together. Nothing irreparable, but it will weigh on the schedule. On the other hand, I did not think to arrive in Nairobi in a single day.
So let's continue to Manyani Gate at lame elephant speed and from the exit of the Park another good hour or so in the wake of a few trucks to get to Mtito Andei, a stage in the middle where the mechanics are many and even experienced: like vultures waiting at the gate old articulated trucks, puffing matatu and cars less suitable for long distances.
This is our case.
We are in Benson's hands.
Also here the Covid-19 does not exist or if it exists it is in fast transit, so it stops to infect you only if it has a broken down engine or a great desire to pee.
And after another hour, during which we go into the alleys and ravines of this village crossed by the highway, getting to know poultry vendors, barbers, electricians and dusty souls passing by, our muffler is like new... or better, like a 70-year-old with a bypass. Ready to live one of his latest adventures to the end.
It's time for lunch on the road: some fruit, lots of water (to return to some bushes along the highway) and off to the north, to Kiboko where we decided to rest.
Other stops facing the world in transit, then Makindu, the village of pumpkins and bags, and finally, but just finally, around 6 in the afternoon we arrive at a mythical place: the Hunters Lodge.
Right behind the highway, in the village of Kiboko 250 kilometers from Nairobi, for over sixty years there is this lodge that was the estate of the Scottish A.J.Hunters, who was a hunter in name and in fact.
There is still the original pond, where those who stopped at the time could even swim and fish.
Hunters made you camp if you had a tent and offered you antelope or warthog meat cooked in the fireplace, before building some cottages. The many British friends told me fantastic stories of those times, at the turn of the Colony and Independence. Now the Hunters Lodge has become a full-fledged hotel, behind the pond there is a swimming pool, they have built new rooms.
It has been bought by an Indian chain; it is clean, respectful of the Covid-19 rules and it does not eat badly. Especially in these times you can make more or less the offer you want and they will accommodate you.
Tired, rejuvenated and ready for the second day of travel, let's go to rest.
Not without having time to update Malindikenya.net and continue to tell you the reality of this country.
In the meantime look at the traveling photos of Leni.
See you tomorrow! 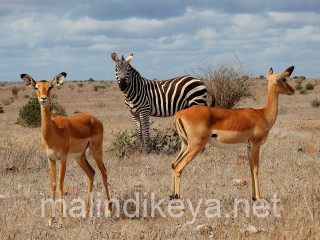 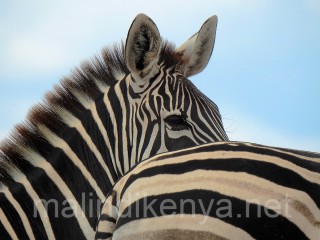 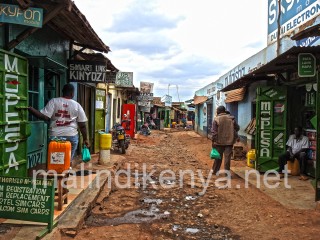 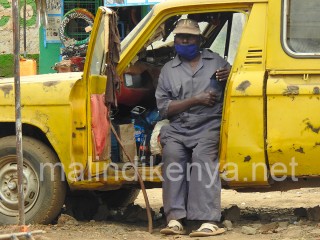 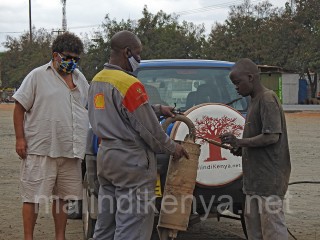 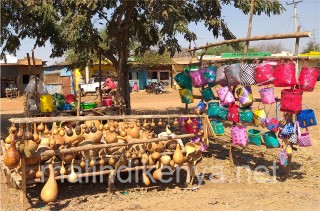 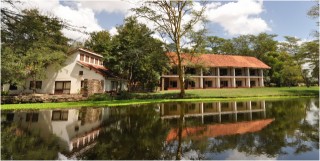 Son of Italian Vittorio, friend of many compatriots 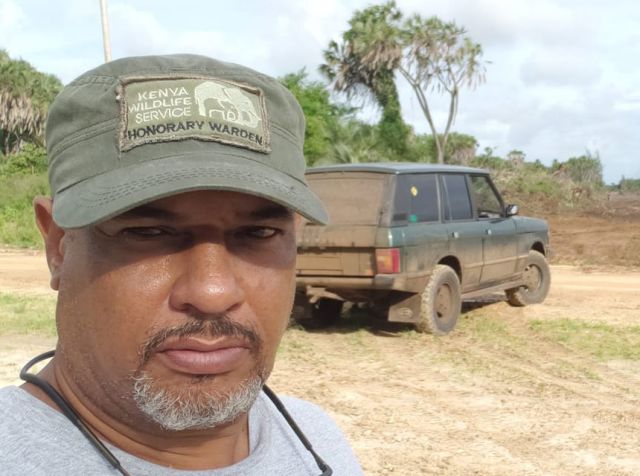 A tragic fate united him with his Italian father Vittorio, who lost his life 40 years ago in a plane... 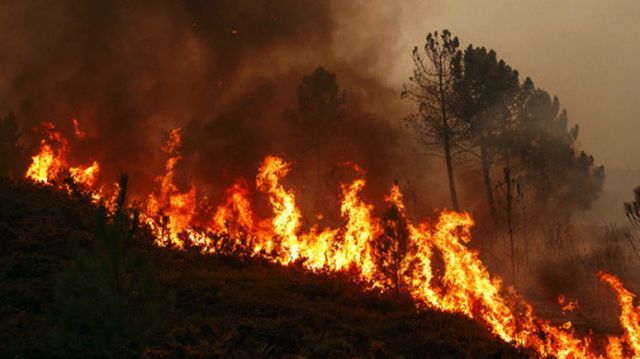