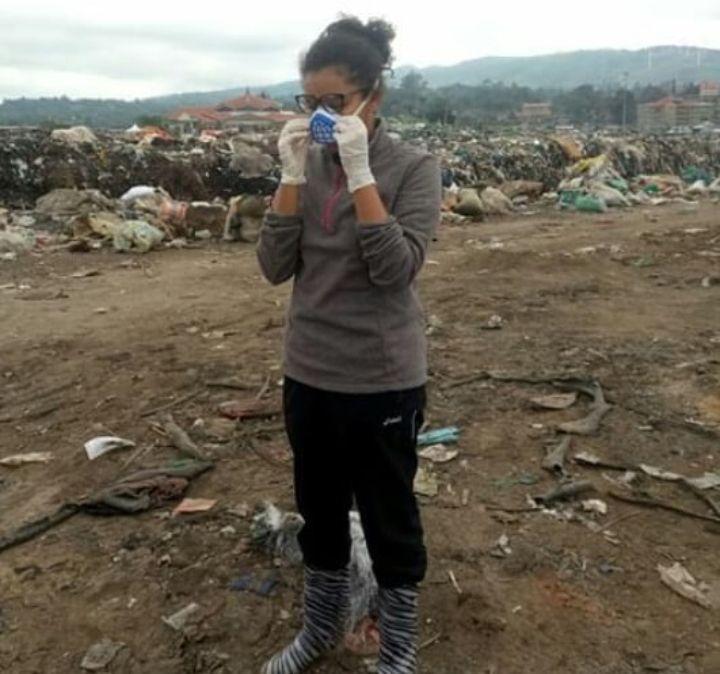 Her name is Yvette Hupje, she is a 14-year-old girl from a suburb of Nairobi and calls herself "a little girl in love with the environment". In fact, the young Kenyan is much more than that: her dedication and ability to mobilize the community in her neighborhood but also in other areas of the capital on the intelligent collection of plastic is unique and admirable and her knowledge of environmental issues is surprising.
Yvette is more willingly "in the field" than at school, has already joined the international environmental groups "Fridays for future", creating the Kenyan section, has already published several petitions including one asking President Kenyatta to ban plastic bottles throughout the country. A request that the Kenyan government is seriously considering.
In an interview with the online newspaper Tuko, Yvette said she was concerned about the danger that plastic materials are causing to the environment, particularly the negative effects on plants and animals, as well as for humans.
"I started to get involved after I realized that animals were becoming extinct because they ate plastic and were suffocated by it - said the young environmentalist - is a terrible thing, because no one is really doing anything to change this.
At just 14 years old Yvette studies, attends courses and inquires as a true expert in the field, is able to explain how chemicals produced by plastics negatively affect the fertility of the soil and the link of waste pollution with global warming.
The young environmental activist moves from one village to another to make adults aware of the damage caused by the decomposition of materials in the environment. His photos armed with a mask and gloves in front of huge landfills are significant and they are like.
But she is not enough, she is not interested in being an "influencer", she does not invade social networks with what she does, she prefers real action.
"When animals feed on plastic - explains Yvette - the materials are never completely digested and form microplastics. When a human being eats these animals, he actually eats some of these materials.
His main concern is that the world is in danger of losing generations of young people if urgent measures are not taken to overcome the many environmental challenges.
Climate change will become irreversible within 11 years," says the girl from Kenya, "and shortly afterwards we will have serious ecological problems if we do not do something. The animal species will become extinct by 2050 if we do not act now.
Tuko says that Yvette's commitment has caused her and her family a lot of problems.
The young environmentalist has encountered obstacles and resistance, especially from the elderly who often accuse her of being a government puppet or a "communist" used by foreign countries instead of going to school to study. Despite the insults, the young enthusiast has kept her spirit, smiles and is convinced of what she is doing. She promises not to stop at anything until her dream of a clean and healthy environment comes true.
"Why should I stay at school when I'm not even sure I'm living beyond the age of 26? - posted in her last social picture - What can I do next when I'm dead?"